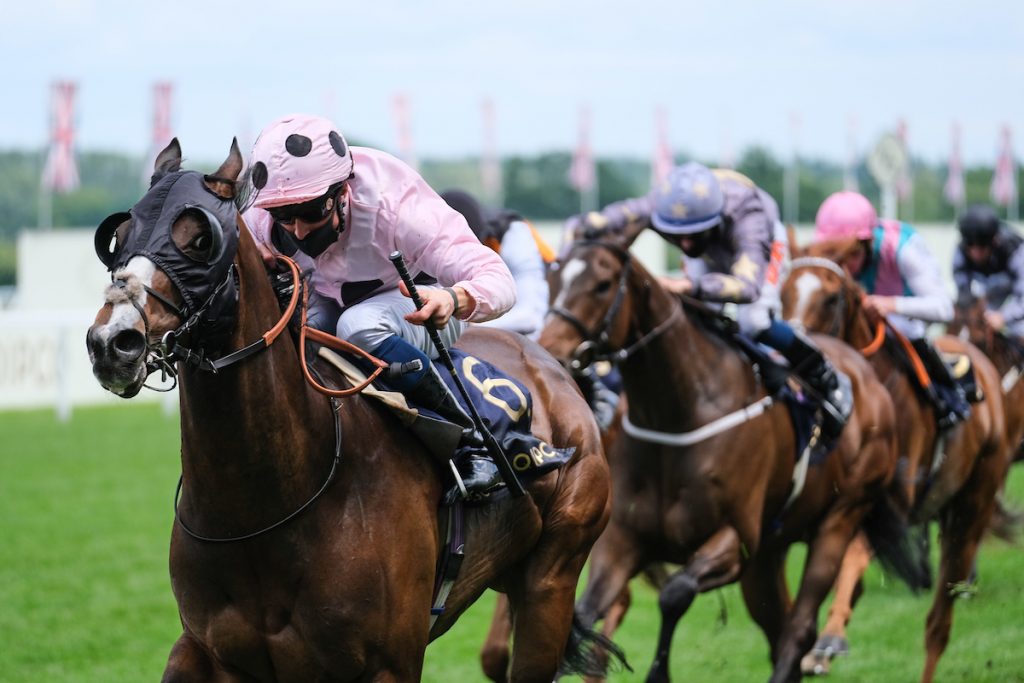 The fifth and final day of Royal Ascot behind closed doors commenced with the Silver Wokingham Handicap, a consolation race for those horses who missed the cut for the Wokingham itself later in the afternoon.

It was seven-year-old Chiefofchiefs who came out on top, handing a second winner of the week to both trainer Charlie Fellowes and jockey William Buick.

Delivered to challenge entering the final furlong, Chiefofchiefs kept on strongly to come out on top by a length and a quarter from Burmese Waltz. The winner was actually making his first start over six furlongs today, having previously won over distances of up to 10 furlongs.

Charlie Fellowes said: “I am absolutely furious with myself! That is the worst training performance you will see here all week. It has taken me – how old is he, seven? – to finally get his trip right. I have called this horse every name under the sun, thinking he was a monkey, thinking he wasn’t putting it all in, and it’s actually all my fault. Hey, all is well that ends well.

“I am over the moon for various reasons. Number one, Chiefofchiefs is owned by a family who have a couple of mares just short of Norwich (Ayers family from Wymondham), and they are the most lovely family, and I know how much this will mean to them. They will be devastated that they are not here, but they are not a Sheikh, and it has been hard, I would have thought, over the past few months, paying training fees and not being able to run the horse, and it is people like them that we really, really need in this sport, so for them to breed a Royal Ascot winner will mean the world for them. They have been good supporters of mine.

“I am over the moon for the lads who have worked so hard. It has been tough – the last few months have been really hard – and to come here, on the biggest stage and for our lads to deliver two winners is remarkable. It has been a good week.

“We put a visor on Chiefofchiefs out in Dubai, and another person who needs a huge amount of credit is Richard Mullen, who rode him out in Dubai. He immediately said to bring him back in trip. I thought he’d run well on his last start in Dubai, but the ground was much quicker than normal and he likes to get his toe in a bit. He just didn’t finish quite as well, and I thought, do you know what, we can come back to six. If you look at his Ascot form, it is very good – he has run very well over a mile here, and in the Balmoral Handicap last year he was almost last off the bridle and didn’t get home. This track suits him; it suits a lot of my horses, it is the way we train him, but it is a nice track for horses to be suited by!

“For me, Royal Ascot has always been the pinnacle. When I set up training this was always the dream, and I am very lucky to be living the dream. Three winners in two years – a lot of trainers go a lot longer than that without having winners. I am very, very lucky, we have got a beautiful yard. I can’t really complain much at the moment, to be honest!

“I have got to admit, I had a bit on this horse today, because I thought he would love the conditions. He was 50/1 last night; I thought he was massively overpriced.”

William Buick said: “Charlie was quite confident beforehand that the drop in trip would suit Chiefofchiefs. When you drop back in trip, this is a good track to do it at. It is a stiff six furlongs, a stiff, straight track. In the ground, the trip takes a bit of getting and the race was run at a fast pace which suited him.

“We got some nice cover and the race panned out well for Chiefochiefs. He has some smart form in the book when you go back a fair way and he did not disgrace himself at the Dubai Carnival either – it’s great for him to win here.

“He managed to keep tabs on the horses in front of him without doing too much – to be honest it was all quite smooth for him.

“It is drying all the time, just riding a bit tacky, which you would expect, but certainly better than it was yesterday and the day before.”

Swindler was withdrawn. Price at time of withdrawal 9/2. Rule 4 applies to all bets – deduction 15p in the pound.