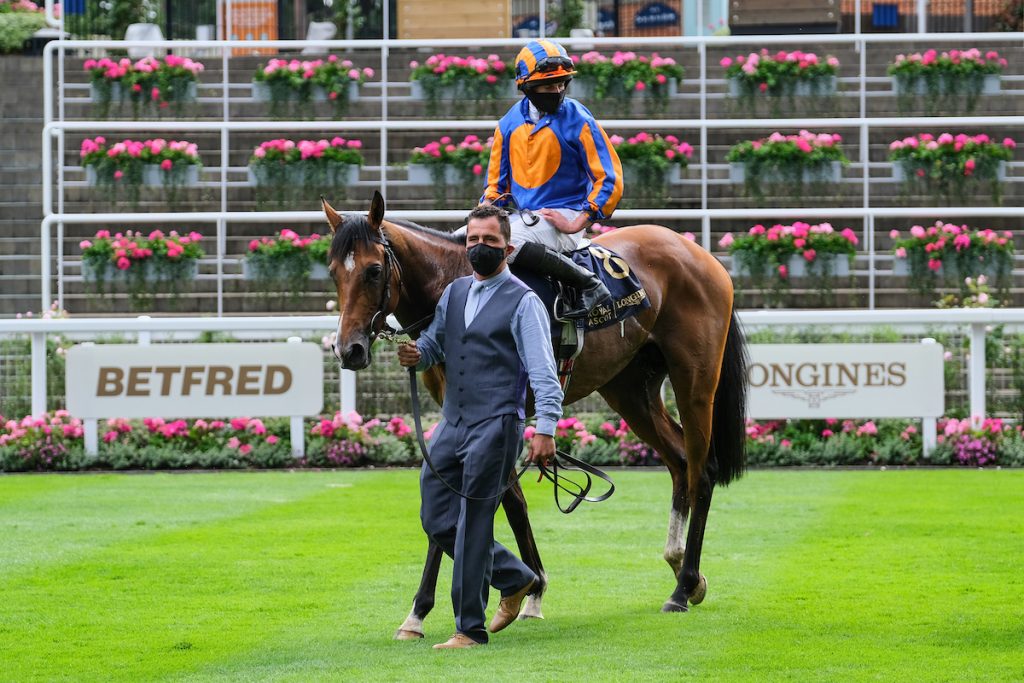 Santiago was the comfortable winner of the G2 Queen’s Vase over a mile and six furlongs, giving both trainer Aidan O’Brien and jockey Ryan Moore a fourth success of the meeting.

After delivering his challenge entering the final quarter mile, the son of Authorized quickened impressively for a decisive two and three-quarter length victory.

Aidan O’Brien said: “Santiago is a lovely, straightforward horse. He travels and stays well. He is a very easy horse to train and get fit – we are very happy.

“We thought he was going to be an ideal St Leger [Doncaster, September 12] horse. We will give him another run in between.

“Santiago could be a Gold Cup horse next year, so we will keep that in our minds. He is a strong traveller and will get better from three to four. We have plenty of horses in the Derbys – the Irish Derby will come too soon and we will think about Epsom. But I think we will take our time with him this year.”

Reflecting on Anthony Van Dyck’s fifth-placed effort in the G2 Hardwicke Stakes earlier on the card, O’Brien commented: “We were pleased with Anthony Van Dyck. He was being kept in by Andrea [Atzeni, Defoe], but he hit the line very strong. It was a non-event for him really, but he ran a really good race.

“The plan was to come here and then have a look at the King George [Ascot, July 24].”

The master of Ballydoyle saddles Wichita and Arizona in tomorrow’s G1 St James’s Palace Stakes and provided an update on their wellbeing ahead of the mile showpiece. He revealed: “Both horses are good and seem to be well since the 2000 Guineas. They have done the same amount of work, they haven’t done an awful lot, but seem to be well.

“You get away with some horses [running twice in quick succession] but most you don’t. We didn’t have much choice and our racing in Ireland only started last week so there was nothing we could do. We are delighted to have horses to run and you think their form will improve again once they have more time between races.”

Ryan Moore said: “He just looked to the rail for a bit of help. I am very happy with what he has done today, he has a good attitude.

“He went through the race very smoothly. The form looks fairly solid, the second horse had run a good race at Lingfield and the third horse he won a Listed race here on King George day and was placed in a couple of Group races in France.

“It wasn’t a big field, but I would say they brought a fair level of form.”

Click here for an audio interview with Aidan O’Brien: